Do you want super defined and perfectly shaped arms like a fitness model? Do these 5 arm workouts and watch your biceps grow..
More

[dropcap]E[/dropcap]very naturally lean guy who’s ever stepped foot in a gym would have undergone a bulking phase at some point. But faced with the task to build as much muscle as humanly possible when gifted with a metabolism that burns calories like a furnace, which is the better option?

To watch the number of calories you consume, create a calorie surplus cleanly and ‘clean bulk’ or instead consume over 5,000 calories a day on anything and everything you can find and ‘dirty bulk’? Here Co-Founder and Head Sports Scientist at THE PROTEIN WORKS™ Ross Edgley, looks at the science of each approach, so you can decide which one to use this year

It’s commonly known that to increase muscle mass you need to create a ‘calorie surplus’, this is just simply where you need to consume more calories than you burn. However a common mistake among strength athletes is to immediately reach for the pizza, burgers, soft drinks and ice cream thinking that the extra calories will also add extra quality muscle.

The only problem is whilst your body meets its daily calorie needs, it will be lacking in certain other vitamins and minerals that are needed for muscle growth.

For instance ice cream and soft drinks aren’t exactly known for being a great source of minerals and what’s worse is that a lot of them contain phosphates that have been shown to deplete the body’s iron stores.

Iron is obviously hugely important to athletes since it’s vital for the transportation of oxygen by haemoglobin and muscles using oxygen by myoglobin. Having less iron in the body means less oxygen can be delivered to the working muscles.

Talking more generally, junk food such as doughnuts or pastries lack various muscle building micronutrients such as zinc which serves as a cofactor in more than 100 enzyme processes within the body, the most important being to help build DNA, protein, insulin and testosterone production.

Obviously insulin is needed by the body to shuttle key nutrients such as amino acids to the muscles and testosterone is a hugely important anabolic hormone and without sufficient zinc in the diet both are affected.

Whilst there are too many nutrients to name specifically, it’s important to note that high calorie diets can lead to nutrient deficiency or a new form of malnutrition as described by scientists Orit Kaidar-Person et al (2008) which will ultimately leave your muscles underfed and will stunt their growth.

Therefore concerning nutrients, it’s much wiser to attempt a clean bulk and ensure you create a calorie surplus through more nutrient dense foods since this will ensure your body also receives the often overlooked micronutrients it needs for muscular hypertrophy.

Now whilst insulin sensitivity varies from person to person research shows that a dirty bulk won’t help matters. Specifically this relates to fast food and its content of trans fatty acids (trans fats) which is an artificially made fat that’s used when making pastries, cookies, doughnuts and French fries.

It’s responsible for that ‘melt in your mouth’ type feeling you get from a really nice doughnut or cookie and although it tastes amazing, researchers Mark. A Pereira et al (2005) state it negatively affects insulin sensitivity.

This means although certain French fries taste amazing and they will help you create a calorie surplus, they will detrimentally affect insulin sensitivity and therefore how effectively nutrients are transported to the muscles.

So again whilst washing your ‘dirty bulking’ meal down with a litre of orange fizzy drinks may help you get the calories in, your muscles won’t thank you for the reduced insulin sensitivity (Bray G.A, 2010).

Very closely linked to insulin sensitivity is how effectively you will be able to keep your body fat low and only build quality, functional mass for sport rather than unwanted bulk.

This is because whilst insulin helps to transport nutrients to the muscles, it’s also the most lipolytic (fat storing) hormone in the body, shuttling fatty acids and glucose to fat cells to be stored as body fat.

For this reason no strength athlete will want bad insulin sensitivity since this means their body will release more insulin which in turn reduces lipolysis (the burning of fat) and increases lipogensis (the storing of body fat.)

So the final point to consider is that whilst dirty bulking may produce short term gains and also look very impressive as you stand on the scales and gain 5 lbs. a week, it may not be very good in the long term and actually be counterproductive when you’re trying to build a stronger physique with more functional mass.

This is exactly why it may be best to opt for a nutrient dense and calorie dense formula like Total Mass Matrix from THE PROTEIN WORKS™. It contains over 40g premium whey protein and 450 calories per serving and is a great source of quality low GI carbohydrates and anabolic healthy fats.

Ultimately this makes it a high calorie, weight gain formula that doesn’t ‘rob’ the body of nutrients or produces unwanted bulk and not functional muscle mass.

To diet or not to diet?

Make your own weight gain diet 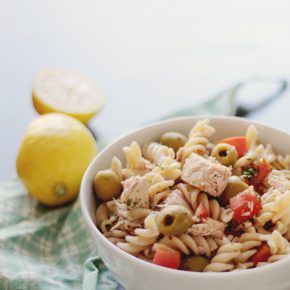 Mark Alexander - 3 February 2020 0
Easy to prepare high protein pasta with tuna recipe - delicious and perfect as a post-workout meal or just a healthy meal for one. Get 30g of protein in 15 mins. Eat fresh or pack in your a lunchbox. 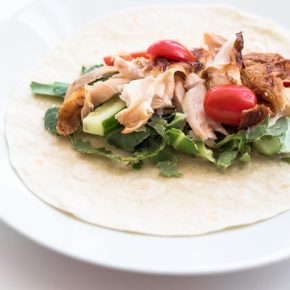 Mark Alexander - 2 February 2020 0
I can’t believe I haven’t made my own chicken wraps before. They are the easiest thing to do and are so versatile. You can... 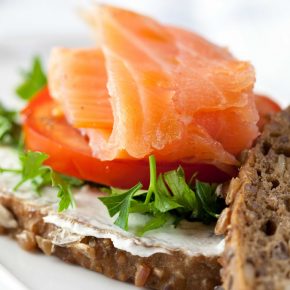 Mark Alexander - 1 February 2020 0
If you are on a mission to get yourself into shape, lunch should be your third meal of the day – after breakfast and mid-morning snack. It should be light but with enough protein, carbs and micronutrients to keep you going. Here are six lunch ideas for six pack abs. 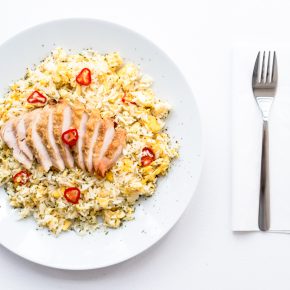 Mark Alexander - 5 May 2016 0
My version of egg fried rice with chicken leftovers. It takes 15 minutes to prepare and cook, and it's packed full of nutrients and 53g of protein. 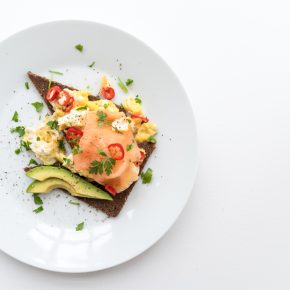 Mark Alexander - 3 May 2016 1
My version of scrambled eggs with smoked salmon and avocado on rye bread. It takes 5 minutes to cook and is packed full of nutrients and 33g of protein.

Do you want super defined and perfectly shaped arms like a fitness model? Do these 5 arm workouts and watch your biceps grow..
Read more
Workout Plans

Chest workout that targets the upper, mid and lower pecs

When it comes to working out at the gym, chest is my favourite muscle group to...
Read more
Workout Plans

Well developed shoulders make your waist look smaller and give you that impressive V shape. You don’t have to be a hardcore bodybuilder to...
Read more
Workout Plans

It doesn’t matter how well developed your upper body is and how much you can bench press if your legs are weak. People will...
Read more

If you are on a plant based diet and like to workout, this is the list for you - high protein foods which are low in fat and the best vegan protein sources.
Read more
Recipes

Easy to prepare high protein pasta with tuna recipe - delicious and perfect as a post-workout meal or just a healthy meal for one. Get 30g of protein in 15 mins. Eat fresh or pack in your a lunchbox.
Read more
Recipes

I can’t believe I haven’t made my own chicken wraps before. They are the easiest thing to do and are so versatile. You can...
Read more
Recipes

If you are on a mission to get yourself into shape, lunch should be your third meal of the day – after breakfast and mid-morning snack. It should be light but with enough protein, carbs and micronutrients to keep you going. Here are six lunch ideas for six pack abs.
Read more
Meal Plans

This list is packed full of high protein foods which are low in fat and readily available as vegetarian protein sources or stand alone foods.
Read more

Let me start this book review with a question: Do you own a fitness book? If yes, which one is it? [Please, leave a comment with its title in the comments section for others to see.] If you don’t own one, don’t worry. Hopefully my review of The Strength Training Anatomy Workout will persuade you to change that.
Read more
Motivation

Secret Santa fitness gifts for under a fiver – 2019 edition

The best 5 Secret Santa Fitness gifts for under a fiver which you can order online and have delivered in time for the office party.
Read more
Motivation

New Years Resolution: how to achieve your fitness goals

Follow these five hacks to become part of the eight percent who follow through on their New Years Resolution and achieve their fitness goals.
Read more
Motivation

5 mistakes that slow your muscle growth and gym progress

A list of the most common training and nutrition mistakes that affect your gym progress and result in slow muscle growth.
Read more

How to get a six pack – tried and tested method

You know how to get a six pack but this article gives you the abs workout and a ten step nutrition advice to help you get a washboard stomach in six weeks.
Read more
Recipes

If you are on a mission to get yourself into shape, lunch should be your third meal of the day – after breakfast and mid-morning snack. It should be light but with enough protein, carbs and micronutrients to keep you going. Here are six lunch ideas for six pack abs.
Read more
Six Pack Abs

You must have heard the old saying that “abs are made in the kitchen” over and over again. Whoever came up with it was very right, right? Well, almost. The more I look into it, the more I realise that abs are revealed in the kitchen. If you are also struggling to reveal your abs, here are six food hacks for six pack abs.
Read more
Six Pack Abs

Don’t you just hate it when you work your socks off at the gym and you still don’t have a six pack to show...
Read more
Six Pack Abs